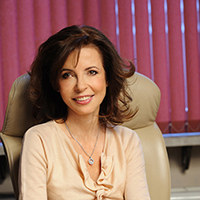 Tzvetelina Borislavova – Chairman of Advisory Board

Tzvetelina Borislavova has been CEO and Chairman of the Board of Directors of CSIF AD, a major shareholder in BACB  since 2005. CSIF AD is a private investment company, whose sharehoders today are Tzvetelina Borislavova and Credo Bonum Foundation she founded. CSIF AD invests in areas that are traditionally strong and with priority to Bulgaria, as well as in innovative environment protection technologies in energy industries and agriculture.

Tzvetelina Borislavova was Chairman of the Supervisory Board of CIBANK AD from 2001 to 2010. She held management positions in several leading Bulgarian companies, and was involved in the management of non-profit organizations.

Petar Atanasov was appointed as a member of the Supervisory Board of BACB at the General Meeting of Shareholders held on 15 July 2020.

Since 2015 he has been working in Grammercy, a global emerging markets investment fund, established in 1998. Mr. Atanasov is Senior Vice-president, Co-Head of Sovereign Research and Strategy. He is member of the Investment Committee as well as other collective bodies of the Gramercy Group.

Prior to joining Gramercy in 2015, for three years Mr. Atanasov works as Analyst, Sovereign Risk Group at Moody’s Investors Service. Prior to that he held different positions in the area of investments and economic research in companies such as Roubini Global Economics, Ernst&Young LLP etc.

Martin Ganev was appointed member of the Supervisory Board of the Bank at the extraordinary general meeting of shareholders held on July, 5th, 2011.

Mr. Ganev holds master degree in Economics at Moscow International Relations State University and qualified ACCA by the standards of England and Wales.