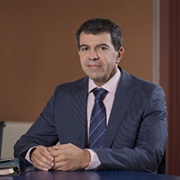 Chief Executive Officer and Мember of the Management Board

Ilian Georgiev was elected member of the Management Board of BACB on December 14, 2011, based on decision of the Supervisory board. On Sptember 10, 2013 Mr. Georgiev was appointed Executive Director and in July 2017 he assumed the functions of Chief Executive Officer (CEO) of the bank.

Mr. Georgiev has a Master's degree in Economics from the University of National and World Economy, Subject: Accounting and Control. 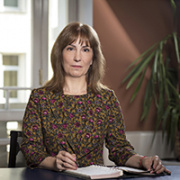 Executive director and Мember of the Management Board

Loreta Grigorova was appointed member of the Management Board on December 11, 2014 based on decision of the Supervisory board. Since July 2, she has been executive director of BACB.

Prior to that, she held the post of Director of Risk Management Division of BACB. Prior to joining the BACB team, in the period 2006 – 2011, Loreta Grigorova held the position of D of Risk Management and Strategic Planning Division of Investbank AD. Between 1998 and 2006 she worked as Head of Accounting and Bank Analysis Department, as Head of Risk Management Division of DZI Bank AD. In 2005-2006 she was Chairperson of the Economic Policy Committee to the ACB and member of the Committee “ad hoc” for Basel 2 implementation to the ACB. Loreta Grigorova was a member of the Credit Committees and the Assets and Liabilities Committees of Investbank AD and DZI Bank AD. Before that she held different positions in the area of bank accounting in BRIB AD and TSBank AD.

Loreta Grigorova has a Master’s degree in Finance from the University of National and World Economy. She has specialized “Bank and Banking Activities” at the Institute of Postgraduate Studies 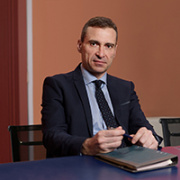 Executive director and Мember of the Management Board

Alexander has 15-years' management experience in the banking system. He was Member of the Management Board and Executive Director of Cibank AD for the period 2008-2013, in charge of the Branch Network and Distribution Channels, Retail Banking, Payments, Treasury and Bank Assurance.

Being part of the structure of United Bulgarian Bank AD in 2001-2007, he served as Head of Risk Management. During previous assignments he acted as Head of Treasury of the National Bank of Greece - Sofia Branch and Member of the Board of ETEBA Bulgaria AD.

He is Master of Finance from the University of National and World Economy – Sofia.

Member of the Management Board

Silvia Kirilova has been a member of the Management Board since March 2009.
Earlier Ms. Kirilova worked as Legal Advisor of the bank and since 2005 she has been Head of BACB’s Legal Department.

During the period 2000 - 2001 she worked at Emporiki Bank (Commercial Bank of Greece) as Director of the CEO office. From 1996 to 2000 Silvia Kirilova was First Corporate Relations Associate and then Legal Advisor at Interlease AD, where she specialized in the field of Commercial Law, Finance and Leasing deals.

Ms. Kirilova is a lawyer and has been member of Sofia Bar Association since 2001. She has an LLM degree from the University of Sofia and an LLM degree in International Business Law from the Central European University (certified by New York State Education Department).